Back to all posts

I've been invited to sing the National Anthem for The USTA!!

If you'd like to attend the event in Reno Nevada at the Reno Event center, link for ticket purchases is below in description.

World-class tennis is coming to Reno. 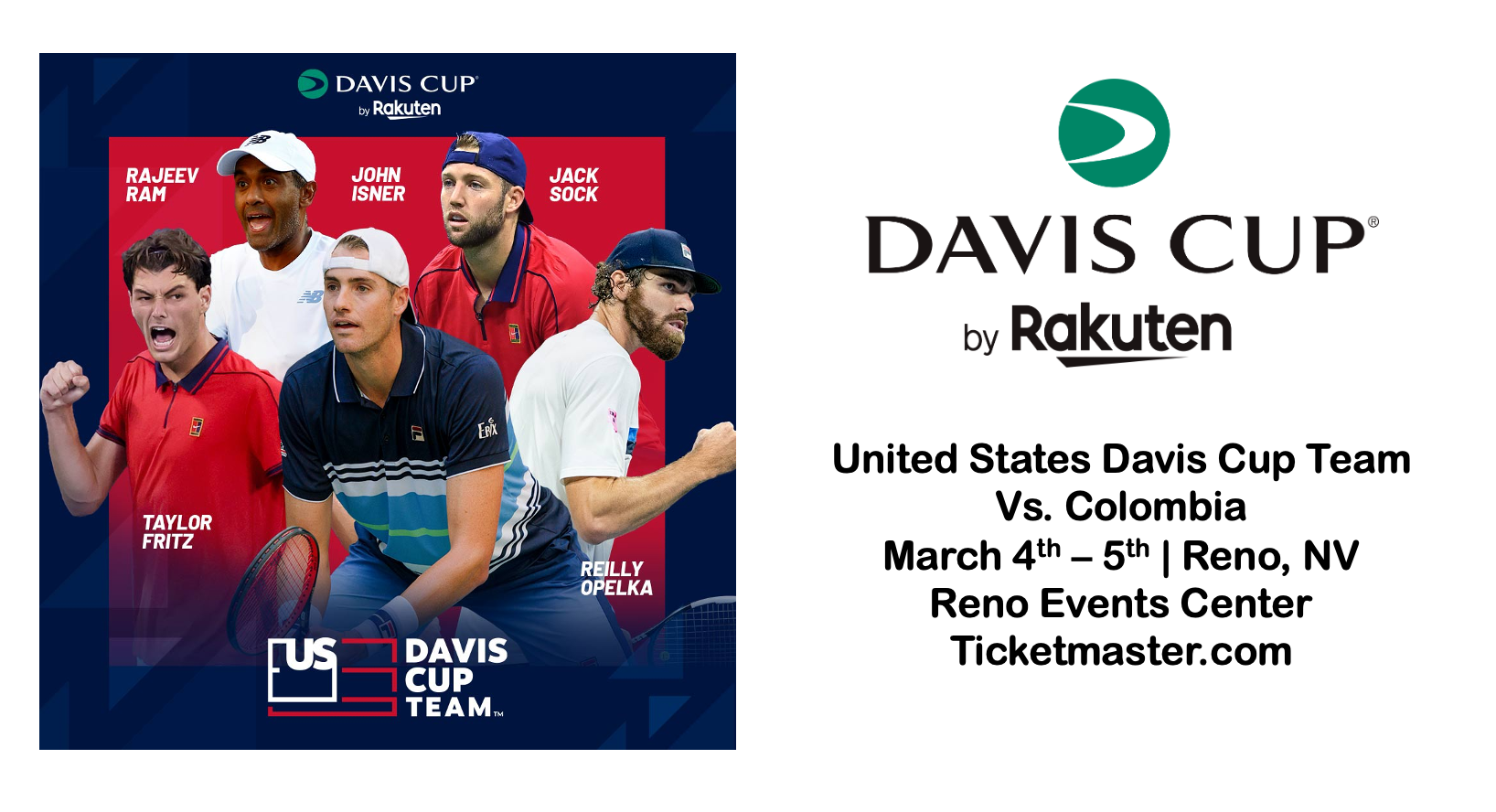 The USTA announced Wednesday that Team USA will play a 2022 Davis Cup qualifier against Colombia at the Reno Events Center on March 4-5. It will be the first Davis Cup matches in Reno and first in Nevada since 1995 when the U.S. and Sweden played at Caesar’s Palace in Las Vegas, marking the only time a Davis Cup qualifier has been waged in the Silver State.

Reno had long sought a Davis Cup event, an international showcase of some of the world's best players. The Davis Cup is viewed as the World Cup of men's tennis and is the largest international team competition in world sport with nearly 150 nations competing each year. The USA-Colombia qualifier is a best-of-five match series played over two days, including two singles matches Friday and a doubles match and two reverse singles matches Saturday. The winner will advance to the 2022 Davis Cup Finals, a 16-nation, multi-city competition held later this year with dates and locations to be determined.

“Davis Cup events in the U.S. amount to weeklong celebrations of tennis, and we’re excited to bring that to Reno — a region with a rich tennis community and great USTA Section support,” Megan Rose, USTA's Managing Director of Major Events, said in a news release.

The roster for the Reno event will be announced in early February, with Americans Taylor Fritz (No. 22), John Isner (No. 24), Reilly Opelka (No. 25), Frances Tiafoe (No. 37), Sebastian Korda (No. 40) and Tommy Paul (No. 41) all ranking in the top 50 of the ATP Rankings. The participating players for the U.S. and Colombia must be announced no later than 28 days prior to the start of the competition.

The U.S. team is captained by former world No. 7 Mardy Fish, who is familiar with the area as a regular at the American Century Championship at Edgewood Tahoe. He won the 2020 celebrity golf tournament.

“It’s a privilege to welcome the U.S. Tennis Association to Northern Nevada,” RSCVA president and CEO Charles Harris said in a news release. “This is a great opportunity for the Reno Tahoe community to experience professional tennis, and also a great honor for the athletes who work so hard to represent the USA at the very highest level. We’re all looking forward to an exciting tournament.”

The U.S. was a founder of the Davis Cup in 1900 and has won the event a record 32 times. The U.S. owns an all-time record of 114-19 when playing at home in Davis Cup matches and last won the title in 2007. The U.S. and Colombia have split their four Davis Cup meetings, with the Colombians winning the latest matchup in the group stages of the 2021 Finals last fall in Turin, Italy. Team USA is ranked No. 5 in the most recent Davis Cup rankings. Colombia is No. 17.

The Reno Events Center, which opened in January 2005, is expected to have a capacity of 4,000 fans for the matches. Tickets will go on sale to the general public Friday at usta.com/daviscup.

(If you can't make it, tune in at 12pm Pacific Standard Time.)